Trash Me with Rob Greenfield

You are here: Home / Trash Me with Rob Greenfield 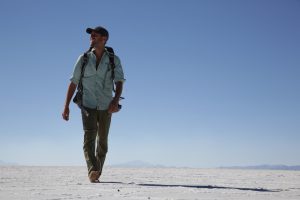 Rob Greenfield on the Salt Flats in Bolivia.

Most people never think twice about the trash they make. Once it’s in the garbage can it’s out of sight out of mind and although the 4.5 pounds of trash per day statistic is widely known, very few visuals exist to help people truly understand it. Through this project, Rob along with a team of filmmakers is out to change that for good. Trash Me will create an unforgettable and shocking visual of the trash that most of us create everyday that will stick in the minds of people and inspire them to drastically reduce the amount of trash they make. By keeping this project highly entertaining and eye catching, Trash Me will reach both people who have never thought about their waste as well as environmentalists who want to do better.

Throughout the 30 days, we will be covering the project live with a series of videos, Facebook live stream tutorials, blogs and media coverage. Rob will be a walking billboard of environmental awareness to educate and inspire people to make positive changes in their life to reduce their waste. And once the project is over we’ll release a film too. Follow the journey and on Rob’s Facebook page, and YouTube channel.

By Rob Greenfield. Read more about Rob’s adventures on RobGreenfield.TV.

A 7-Night, $250 Cruise? Yes, and You Might Also Do Some Good
Avoiding Becoming a Tourism or Travel Victim
MENU