You are here: Home / All posts tagged waste
28

Recycling Tips for Your Post-Holiday Waste

Wondering how to deal with all that decorations and waste from gift giving after the holiday season? Here are 5 handy tips for your post-holiday waste: If your lights still work after the holiday season, reuse them for as long as possible. When they can no longer be used, take the time to help the environment and have them turned in for recycling. Check out where and how to recycle your old lights. Don’t just toss wrapping paper, boxes, ribbons, bows, or other gift wrap accessories that are in good shape. You can preserve recycle wrapping paper of all kinds by unwrapping your gifts carefully and save wrapping for crafts as well as future celebrations or holidays. Here are 19 ways to repurpose gift wrap, plus another 30 fun ways to reuse leftover gift wrap.

Wondering what to do with all the holiday cards after the holidays are long gone? It’s time to get crafty – check out these websites for more ideas on recycling and reuse your used holiday cards: Are your gifts not quite your taste? Here’s what you can do with unwanted gifts after the holiday.

Let’s us make an effort to be ‘zero-waste’ in time for New Year’s, and beyond! Today, the United States observes Thanksgiving – an event commonly associated with the arrival of Pilgrims and Puritans from England in the early 17th century.

Tomorrow is Black Friday – where shops in America (and other countries) offer big discounts and sales to mark the beginning of the Christmas shopping season. The shopping frenzy that occurs on Black Friday results in excessive consumerism with millions of people around the world purchasing goods, often without giving much thought to the environmental effects of their production and disposal. Here are some ways to counter the negative impacts of conspicuous consumption:

Go Against the Grain – Buy Nothing! 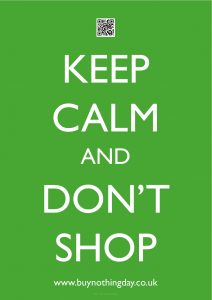 Grassroots organisations that aim to increase people’s awareness to excessive consumerism have been gaining ground. One of the more popular movements is ‘Buy Nothing Day’ (BND) which intentionally occurs on Black Friday. Instead of consuming, thousands of people from at least 60 countries who take part go on a 24-hour spending detox.

In addition to buying nothing, BND supporters also organise activities like “zombie walks”, where participants walk around shopping malls with blank stares in their faces. There is also the “Wildcat General Strike” where people keep all their lights, electronics and other appliances turned off for a day. They don’t use their mobile phones or cars either!

Saturday Splurge
Critics of Buy Nothing Day point out that people tend to go on a shopping binge the day after. In comes ‘Small Business Saturday’ where shoppers are encouraged to support local economies by spending their money on local and independent shops instead of big retailers. (Here’s why it’s important.) Last year, American Express, a founding partner of the event, reported that 95 million people went out to shop at small businesses on Small Business Saturday, spending US$14.3 billion on purchases.

Don’t Stop There
Being a sustainable shopper shouldn’t be limited to the holiday season. It is a conscious choice we should make with every single purchase. As always, the ultimate goal is living a life that is healthy for us and therefore the environment. Making sustainable choices is a lifetime challenge, but do it often enough and it becomes second-nature.

Remember that you’re not alone in this fight! Check out our Green Tips articles on how to form new sustainable habits and apps for a sustainable lifestyle.

And stay tuned next week, as we shine a light on people living alternative green lifestyles (think minimalists, freegans and dumpster divers). Trash or Cash: How to Reduce Waste

Waste disposal is expensive – for your pocket and for our planet, our only home. According to Green Hotelier’s “Waste Management,” a hotel guest generates about 1kg (2lb) of waste per night, more than half of it in paper, plastic and cardboard. In addition to negative environmental impact, minimizing the amount of waste a business produces is important because waste has rising cost implications in both disposal and initial purchase, if the materials are not used. As described by Green Hotelier, in the UK, for example, landfilling costs are now £48 per tonne (1.1 tons) compared to £18 a tonne in 2005.

Tourism operators generate a range of different wastes. The size and type of operation will influence how much waste is produced. The location of the tourism operation will also affect the impact its waste has on the surrounding community and environment. By considering the availability of possible reuse and recycling options, we help reduce waste to landfills.

Reducing the amount of waste is one of the simplest and most effective ways for tourism operators to both reduce their environmental impact and improve their bottom line. Here are some more resources to help you start:

Food Waste, What a Waste! Reducing food waste is becoming a key practice for sustainable tourism. Watch this short video about the problem of food waste:

When food is wasted, other resources are wasted as well: water, energy, time, manpower, land, fertilizer, fuel and packaging, as well as money put into growing, preparing, storing, transporting, and cooking the food. A recent study in the UK calculated that hotels throw away over 20% of the the food they purchase, over half of which is avoidable. For every £1 of food costs thrown in the bin, total costs could be £1.5 to £2 when accounting for lost labour, lost energy, and waste collection costs.

Some hotels cut food waste by altering their dining services, choosing à la carte menus over buffets (buffets have a high propensity for food wastage especially in hot climates). Others properties prefer to give away unused food.

Reducing food waste helps you stop wasting money and other resources. Food waste solutions can payback in less than a year and cut avoidable food waste costs by up 60%.

Secluded Beaches are Full of Debris

Do you also dream of finding a secluded beach and live out your own Robinson Crusoe dream? Contrary to what you might have thought, those solitary beaches are often full of garbage. Peter Berg Schmidt. Read more. 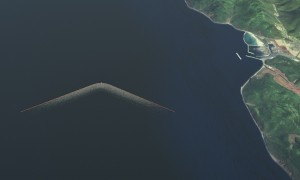 November 13 2015 – A crowdfunded 100km-long boom to clean up a vast expanse of plastic rubbish in the Pacific is one step closer to reality after successful tests of a scaled-down prototype in the Netherlands last week.

Further trials off the Dutch and Japanese coasts are now slated to begin in the new year. Arthur Neslen Read more.

The airplane graveyard that 3 families call home is the subject of a stunning photo series. In the city’s Ramkhamhaeng neighborhood sits a lot peppered with parts from jets and commercial liners. What’s most interesting, however, aren’t the planes, but rather the people who live among the wreckage. Parker Molloy and Taylor Weidman Read more.

Remarks at the Opening of the 2015 Our Ocean Conference 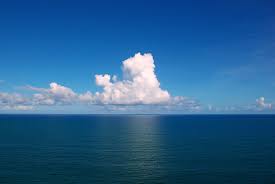 October 05 2015 – The words on the screen a few minutes ago, “We are killing ourselves,” it’s a dramatic and not insignificant statement.  But it has the virtue of being true.

One Man’s Trash is another Man’s Treasure: Strategies to Minimise Waste and Examples of Innovative Ways that “Trash” is Being Given a New Lease on Life to Enable Communities Globally

Categories: Manual, Oceania, Pacific, Planet, Waste
Tags: Australia, EarthCheck, Michael Skudutis, recycling, Veolia Environmental Services, waste
Comments Off on One Man’s Trash is another Man’s Treasure: Strategies to Minimise Waste and Examples of Innovative Ways that “Trash” is Being Given a New Lease on Life to Enable Communities Globally

This presentation provides an overview of Victorian waste statistics and reprocessing industries, and outlines the socio/economic impact of recycling natural along with a range of recovery systems and trends.