You are here: Home / All posts tagged responsible traveller
15 Sustainable Travel: It’s Not Just About the Environment Participation in a community-oriented program in Nepal. Credit: Giving Way

The term “sustainable travel” has a green glow to it, connoting eco-friendly practices and environmental responsibility. But the human side of sustainability, as defined by the World Tourism Organization, addresses community impact, both social and economic, and is newly gaining traction among travel companies.

“There’s a lot of people who think ‘eco-tourism’ when they hear ‘sustainable tourism,’ but that’s a piece of the puzzle,” said Kelley Louise, the executive director of the Impact Travel Alliance, an industry nonprofit organization that focuses on sustainable travel. “Sustainability has a positive impact not only on the environment, but the culture and the economy of the destination you’re visiting.”

Organizations promoting social impact travel aim to emphasize not just big do-good trips, but to educate travelers about their smallest decisions, such as eating at a locally owned restaurant. When visiting National Parks, the best way to be a responsible traveller is to follow the rules and regulations. After all, they are there for a good reason – your protection. Respect posted rules and remind others to do so if necessary and appropriate by politely reminding fellow visitors to notice and follow the park’s rules to contribute to continued preservation. Report any signs of vandalism or misbehaviour to park rangers. Parks’ visitor centres are a good resource for information on regulations as well as for available trails. Here are some more ways to enjoy a responsible national park visit.

Read more about the right behaviour in national parks here, stay safe and enjoy your visit! Code of Conduct for the Responsible Traveller

This “Code of Conduct for the Responsible Traveller” aims to bring awareness on the important role that travellers have in promoting and helping develop responsible tourism. They are the ones that can make a difference with their conduct and decisions while visiting the destination.

END_OF_DOCUMENT_TOKEN_TO_BE_REPLACED New Year’s resolutions are intended to promote better lifestyles and habits towards our hopes of a brighter future. Here are some ways to kick-start 2017 with a more sustainable lifestyle. 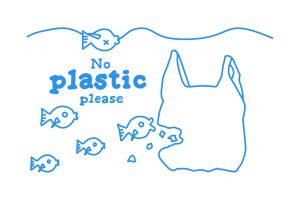 Goals are easier to achieve if they are specific and focused. For example, resolve to eliminate as much plastic from your life as possible. One easy way to start this is to get a filter and a reusable water bottle so you don’t have to buy plastic water bottles. If you’re looking forward to learning something new, why not try a new hobby that benefits the environment? Here are some ideas to get you started on your zero-carbon journey. Also, check out some of our other Green Tips articles that can help you reduce your footprint:

Green your ways to go to work!

Offset what you can’t reduce! Before recycling, think about reusing materials that would otherwise go to waste. This is called ‘upcycling’ and helps to extend a product’s life cycle by reusing unwanted materials. Boost your creativity by turning your trash into treasure. Check out this site for upcycling ideas to kick-start your creativity. Travel can be a powerful force for social and environmental change. This is the year to start taking some of those bucket list trips and doing them in a sustainable and responsible way. Here are the ultimate guides on how to be a responsible traveller. Make sure you have a better understanding by reviewing these guides to travel sustainably:

The Importance of Being a Responsible Traveller Be green all year round

Don’t give up your resolution after one month. Be green all year round! Do your part at work to be as environmentally minded as you are at home. Here are simple suggestions to implement sustainable practices in the work place.

Have a look at these articles to help you to be greener and more environmentally sustainable at work:

How to Go Green at Work

How to Form a Green Team

Greening your transportation to work