You are here: Home / All posts tagged Recommended Reading
25 It is easy to blame the government for a lack of bans, but responsibility also lies in the will of the people, or lack thereof. Without a public outcry for stricter regulations, plastic bans remain elusive. Part of the problem stems from a lack of education, the laissez faire attitude of so many and the fact that there are many people who do not know the extent and dangers of plastic pollution. Dr. Sate Sampattagul is a researcher and professor at Chiang Mai University in the faculty of engineering. “Many people don’t understand how bad the situation is that we are facing,” he said, and explains that his research evaluates environmental impacts. “Research alone can only do so much. We need someone to bridge research with government policy,” he suggested. “To make a project you need to push really hard to get it started,” he said.

The hope from all these groups is that the efforts of the few will be adopted by the many. Bringing about a cultural norm of caring for the environment over convenience in the moment may be the best way to evoke lasting change. As Pradorn maintained, “I mostly work with individuals. Saying I work with the government or with the municipality is too small. Actually, there is no power there. You want to connect with something deeper.”

Rebuilding the Caribbean: a proposal for tourism with purpose Here’s an idea to harness the spending power of potential tourists — some who might be repeat visitors to the region and many who may want to go for the first time —in a way that helps with the rebuilding.

What if 5 million potential visitors “donated” $500 each and this pool of $2.5 billion was invested by a professional fund management team and directed into climate-resilient rebuilding? This could include solar panels on hotels to generate renewable energy or adapting structures to better withstand hurricane force winds. It also could mean investing in supporting businesses such as sailing charters and marinas, along with the hundreds of local businesses supporting these operations and all the jobs that they would bring back.

In exchange, these retail “donors” would receive concessions at businesses in regions that benefited from the rebuild.

By Ambuj Sagar and Vikram Widge for GreenBiz. Past and future? A red sports car and an EV drove up to a beach. Credit: Shutterstock / Theodore Trimmer

After a decade-long concerted effort, Hawaii has managed to more than double the amount of electricity the state generates from clean power, boosting it from 9 percent in 2010 to around 25 percent this year, according to a recent report. That’s a major achievement and will help Hawaii reach its first-in-the-nation goal of powering 100 percent of the islands’ electricity needs with solar and wind by 2045.

Roberts Hawaii — which operates close to 900 vehicles including tour buses, hotel shuttles and school buses in Hawaii — is not yet purchasing electric vehicles for its fleet. However, it has a pilot project with the state of Hawaii and the Honolulu airport to test out vehicles that use batteries, natural gas and hydrogen fuel cells.

The Director of Transportation for the National Resources Defense Council, Amanda Eaken, pointed to the electricity industry’s tight control of supply and demand as a possible tool for making transportation cleaner.

By Katie Fehrenbacher for GreenBiz What if we could save the fishing industry and protect the ocean at the same time? Marine ecologist Enric Sala shares his bold plan to safeguard the high seas — some of the last wild places on earth, which fall outside the jurisdiction of any single country — by creating a giant marine reserve that covers two-thirds of the world’s ocean. By protecting the high seas, Sala believes we will restore the ecological, economic and social benefits of the ocean. “When we can align economic needs with conservation, miracles can happen,” Sala says.

Watch the TED Talk or read the transcript here.

By Enric Sala for TED. The hospitality industry no longer is being hospitable to plastic waste.

Momentum is growing to minimize the use of single-use plastic among hotels, airlines, airports and cruise lines. That means plastic straws, cups, bottles, laundry bags and even packaging for hotel guestroom slippers are starting to disappear.

Plastic waste has wreaked havoc on tourist destinations around the world. Late last year, authorities in Bali, Indonesia, declared a “garbage emergency” because of the amount of plastic washing up on a nearly 4-mile stretch of beach on the island’s west coast.

Read the full article to learn more about some recent industry efforts to reduce plastic here.

By Nancy Trejos for USA Today.

The pressure is on There are more tourists now than ever before, thanks to the explosive growth of the Chinese outbound market and the ever-growing middle class worldwide. International tourist arrivals grew by a remarkable seven per cent in 2017 to reach 1.3 billion, according to UNWTO, and is projected to reach 1.8 billion by 2030.

For too long, long-term planning and development was sorely lacking in many destinations as governments were caught up in the aggressive pursuit of tourism growth and numbers, pointed out Randy Durband, CEO of Global Sustainable Tourism Council (GSTC).

By Xinyi Liang-Pholsena for TTG Asia.

To see or not to see – the impact of indigenous tourism 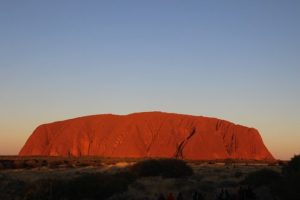 For travelers interested in a meaningful interaction with other cultures, these tours can be very rewarding. However, with volumes of visitors increasing rapidly, issues have been raised about whether it’s ethical to visit the tribes and what consequences it bears for the preservation of the native lifestyles and traditions.

Ideally, the villagers should be able to assert some degree of control over their engagement with tourism and should secure clear economical benefits from this. Unfortunately, in practice often very little of the tourism dollars remain in the villages. There has been growing evidence that the tribes are being exploited by those so-called tour operators looking for quick and easy profit.

Read the full article on the impact of indigenous tourism here. There can be little doubt that Sir David Attenborough’s Blue Planet II had a transformative impact on the debate around plastics in the UK. But, while popular, I’m not sure this ‘national treasure’ has the same clout abroad.

We’re going to need other icons to step up and speak out.

Luckily, National Geographic is doing just that with the launch of its Plastic or Planet initiative.

By Sami Grover for treehugger.