You are here: Home / All posts tagged Mexico
27 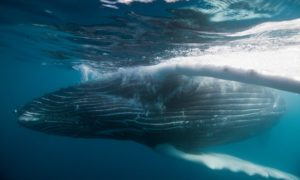 This benchmarking report shines the spotlight on Mexico’s Grand Palladium Riviera Resort & Spa, which is part of a cluster of five luxurious properties owned by Palladium Hotels & Resorts. After two years of successful benchmarking, the resort underwent Certification services and achieved EarthCheck Certified Silver status in 2010.

Centro Banamex (Banamex), which is Mexico City’s premier entertainment and exhibition centres, has established itself as one of Mexico’s most environmentally sustainable enterprises and as such, it actively encourages partners, suppliers, clients and visitors to participate in eco-friendly, socially responsible practices.

This benchmarking report shines the spotlight on Mexico’s Bahías de Huatulco, which is the first sustainable community in the Americas, and the third worldwide to be recognised by EarthCheck.

Bahias de Huatulco – or Huatulco Bays – is Mexico’s southernmost beachside destination. It is also the first sustainable community in the Americas, and the third worldwide to be recognised by EarthCheck.    This commitment to leadership is clearly articulated in Huatulco’s Sustainability Policy and practically demonstrated by the establishment of their Green Team.