You are here: Home / All posts tagged beach tourism
12 Credit: Tourists walk amongst trash washed up on Kuta beach by seasonal winds, as workers attempt a clean-up in the background, on the Indonesian island of Bali February 15, 2016 in this photo taken by Antara Foto. REUTERS/Wira Suryantala/Antara Foto

The six-month closure of the Philippine tourism island of Boracay for a revamp after the country’s president branded it a “cesspool” reflects the growing pressures on beach resorts across Southeast Asia as visitor numbers surge.

Airports have become chaotic, hotels are being thrown up hastily with little regard for safety and sanitation, tropical beaches are strewn with garbage and coral reefs are dying.

Thailand already has plans to shut its famous Maya Bay in the Phi Phi islands for four months this summer, while an environmental group is calling for urgent government action to tackle a “crisis” on the Indonesian tourist island of Bali.

By John Geddie and Amy Sawitta Lefevre for Reuters. 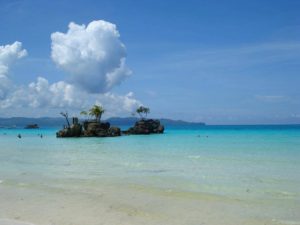