You are here: Home / All posts tagged aviation
30 Heathrow plans to cut and recycle all single-use coffee cups collected from more 20 outlets and lounges as part of a longer-term ambition to phase out single-use plastics.

The airport estimates that its 78 million annual passengers use more than 13.5 million disposable coffee cups.

The London hub has set a target to standardise and recycle all single-use coffee cups by the end of the year and continue efforts to completely rid staff areas of these cups.

By Phil Davies for Travel Weekly. June 2016 – The connection between tourism and transportation is so close that often people use “travel” as a synonym for tourism. In fact, in many languages, tourism is another way to express travel. Even in English it is hard to miss the connection between the words “tour” and “tourism”. Transportation methods allow us to travel. Unfortunately, in an age in which elegance has given way to a form of pedestrian practicality, and terrorism is psychologically connected to transportation systems, the tourism industry cannot avoid transportation issues. With the exception of hiking, transportation companies are linked to tourism in four major areas. These are aviation security, maritime security including cruise security, railroad security, and road-/highway security including buses, private cars and vans. Furthermore, there are those in the green movement who seek to limit travel due to climate change. No one know the full impact of limiting travel, especially air travel, on tourism, but we may guess that both long-haul destinations and international travel will be impacted if there are less travel opportunities. Below Tourism Tidbits presents and overview of these four areas and how they impact tourism along with suggestions for improvements.

Flying has gone from an integral and pleasurable part of the tourism experience to something that must be suffered through. In today’s world flying has not only lost its elegance. Although in relation to cost of living and current wages, flying is not expensive, it is perceived to be expensive. All too often smiles have been replaced with frowns, and airplane seats have become exercises in endurance. We cannot blame all of aviation’s problems on the airlines. They too are captives to government regulations, and often must implement policies, which they would prefer not to enforce. Despite this fact, the public has a tendency, as is true in all forms of tourism, to bundle its frustrations and find the airline industry guilty. This frustration is especially high due to the à la carte manner in which airlines now charge and to the low cost of fuel. The result has been a difference between a perceived price and a true price. To add to the frustration airline passengers must undergo a number of other difficulties. Among these are:

On the other side of the ledger there have been several improvements. Among these are:

In the background is the continual trauma of terrorist attacks against the airline industry. Although air travel is the safest form of transportation, the media’s emphasis on the air travel industry coupled with the some people’s fear of flying produces higher levels of anxiety than it does in other forms of transportation. It cannot be stated too strongly that should the tourism industry not deal with air travel’s real and perceived problems, it puts itself a great risk.

Air transportation security has so far been reactive rather than proactive

Until recently most security measures have been adapted to stop a repeat of an attack. Thus, one person had a shoe bomb, and millions had to remove their shoes. On the other hand all too little has been done to check those who are checking passengers and luggage nor is it clear how those who are working on the airplane prior to departure or upon landing are investigated and cleared.

Pro-ecology tourism groups are asking people to fly less. Such a policy would not only destroy numerous travel destinations, for example, the Caribbean and Hawaii are to a great extent air travel dependent, but also make business travel either a great deal more expensive or almost impossible.

Maritime tourism or aquatic tourism covers a broad range of topics. The term includes everything from cruises to boating, from beach vacations to white water rafting. Each of these aspects has its own challenges and issues. In reality we can separate maritime travel and tourism from aquatic tourism. Aquatic tourism is anything that deals with travel or recreation and water. Maritime tourism is a subset and deals with travel versus pure recreation and by means of a commercial carrier, be that a ferry or a cruise ship.

Maritime tourism, especially in the cruise industry, has had a number of challenges

These include, shipboard fires, issues of piracy, issues of terrorism, issues of assault of all kinds from robbery to sexual assault, people falling or being pushed overboard and health issues such as the Nordau virus. To add to this extensive list, cruise companies must often deal with off-ship problems, such as crimes against their passengers while on shore, boarding issues and issues of passport control.

Aquatic tourism involves a number of other safety and security issues

These include issues of boat safety, water purity, swimming pool usage and vigilance, safety of equipment. When dealing with the ocean there are numerous problems of visitors not understanding that the ocean is both a place of enjoyment and a place to be respected and of caution. An example of how dangerous the oceans can be was the terrible tsunami that occurred in the Indian Ocean basis in 2004. In reality no one knows for sure how many people were swept out to sea and drowned but estimates are that well over 100,000 died that day in just a few minutes.

What is true of the ocean is also true of rivers, lakes and even beaches. Tourism centers that use water transportation must make sure that signage is clear, that rules are not only understood but enforced, and that employees are well trained and highly professional.

By Dr. Peter Tarlow. You can find the original article Tourism & More, Inc. 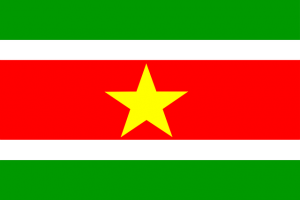 October 26 2015 – Indigenous communities are protesting the expansion of Suriname’s international airport. The airport has obtained title to the neighbouring, indigenous land, and wants to expell most of the population of the Arawak villages Hollandse Kamp and Witsanti. Indigenous people reject the airport’s claim that they are the trespassers. Jeremy Smith Read more.

The Carbon Footprint of Australian Tourism

This research represents the first comprehensive measure of carbon emissions for the tourism sector, both within Australia, and including associated international aviation. It is provided to inform and stimulate discussion, and to assist this, the report provides additional estimates and data to support national policy for the sector.

×
In this report, we examine the impacts of this type of air transport tax on tourism and economic activity within a state and Australia. A number of variables can be affected, including airfares, airline profits, spending by outbound tourists and by inbound tourists, and state revenues.