You are here: Home / All posts tagged America
17

Fighting Food Waste, One Sector at a Time Restaurants, campuses, and farmers are battling food waste in their industries. Here’s how you can join the effort.

America is one of the largest offenders of food waste in the world, according to a recent survey. Every year, roughly 1.3 billion tons of food is thrown out worldwide, a considerable problem given that agriculture contributes about 22 percent of the planet’s greenhouse gas emissions and 12.7 million people go hungry in America alone.

Entrepreneurs across several sectors have created ways to re-purpose food. Their efforts are admirable and economical, but the biggest difference will be if you make food waste reduction a daily habit.

Read more about how you can give food a new purpose here.

By Joseph Jaafari from NationSwell

Too Hot to Fly? Climate Change May Take a Toll on Air Travel 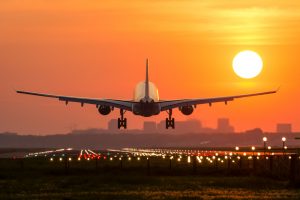 In recent days, American Airlines has been forced to cancel more than 40 flights in Phoenix. The reason: With daytime highs hovering around 120 degrees, it was simply too hot for some smaller jets to take off. Hotter air is thinner air, which makes it more difficult — and sometimes impossible — for planes to generate enough lift.

As the global climate changes, disruptions like these are likely to become more frequent, researchers say, potentially making air travel costlier and less predictable with a greater risk of injury to travelers from increased turbulence.

From Zach Wichter from The New York Times

Kangaroos in the Marketing of Australia: potentials and practice

Three studies examined kangaroos as an image/icon for purposes of marketing Australia. The study focused on the American market, with some extension into the United Kingdom market.