You are here: Home / Sustainability through Technology 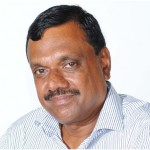 Known as Sri Lanka’s premier hospitality brand, the Jetwing story spans over four decades. A family owned company from inception, the brand currently owns and operates 21 properties (hotels and villas) within the country, with plans for five more in the next two to three years. Focusing on creating spaces for guests to live, relax and enjoy the best Sri Lanka has to offer, Jetwing has placed a great deal of prominence on sustainable practice and community development through the Jetwing Eternal Earth Programme (JEEP).

JEEP is a result of genuine caring, and ensuring that tourism existing not in isolation but beneficial to all stakeholders involved – especially communities, and the reduction in usage of natural resources. With the latest in sustainable technology implemented at Jetwing properties, the company seeks to reduce burdens on operating environments, as the island of Sri Lanka is a gift that is meant to be treasured. The technology aspect of JEEP lies within the Sustainable Operations section, and utilizes cutting edge commercial technology to help save natural resources and prevent damage to the environment. For 2014, the group carbon footprint was calculated at approximately 4,900 tonnes with 60% CO2 emissions avoided. These reductions are due to energy efficiency improvements and transition to renewable energy sources. At present approximately 50% of the group’s total energy requirement is generated via renewable sources: 47% biomass, and 3% solar.

The below initiatives are complemented by efforts to develop and uplift communities, through education, awareness, and community aided activities. Investing in technology is expensive, yes – however, it should be looked upon as an investment into the future rather than a financial burden. In the long run, environmental initiatives, particularly in the hospitality trade, pay themselves off through cost savings etc. Another disadvantage lies in challenges such as education and process familiarization – which is easily overcome with proper training and constant guidance in ensuring guidelines and international standards are followed.

The main initiatives in operation are:

The largest privately owned solar park is currently located at Jetwing Yala, with over 1000 panels covering an acre of land. Commissioned in March 2014, the 300 kWp generates on average 1500 kWh daily, which results in a 600kg of CO2 emissions avoided daily. First installed at Jetwing Lagoon, the VAC is completely powered through steam generated by the biomass boiler – which runs on cinnamon wood (a by-product of cinnamon farming, more details below), thus being the first property in the country to generate the entire air-conditioning requirement through sustainable means. The technology has since been implemented at Jetwing Yala with great success, resulting in a grid savings of 57,700 kWh and 24,500kg of CO2 emissions avoided monthly. The biomass boilers produce steam for the VAC, laundry, and for hot water generation at night. The cinnamon wood is sourced from local suppliers engaged in cinnamon farming, and provides a sustainable source of income for what is considered a by-product of cinnamon spice production. Traditionally, Sri Lanka counts biomass as a primary energy source, however this can lead to deforestation due to harvesting of forest trees for fuel. Focusing on responsible sourcing, Jetwing Hotels utilizes cinnamon – considered one of the four sustainable fuel woods- instead. On average 10,000kg of cinnamon wood is used per day for the entire group.

100% of the total hot water generation is powered through renewable energy. 95% of the group’s total illumination comes from CFL & LED lighting, being 4 and 7 times more efficient (respectively) than the equal wattage of incandescent bulbs. 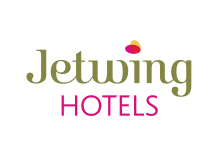 Jammed: Overcrowding at the world’s most popular tourism sites
12 Travel Tips that Are Good for Conservation
MENU