All posts in Food & Beverage November 08 2015 – Long before I arrive in Haiti I get a sense of what the name itself conjures up. There are no direct flights from the UK, so I’ve flown in via the Dominican Republic, Haiti’s conjoined twin on the island of Hispaniola. Kevin Rushby Read more. Nohbo, Changing the World, One Ball at a Time 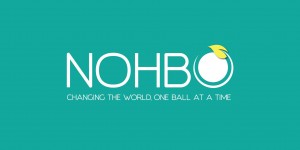 Nohbo, a water soluble ball containing shampoo, conditioner, and body wash, is in the final stages of development and is anticipating a launch to major hotel chains. October 13 2015 – The film ‘Giving Hope to Survivors of Human Trafficking – a short film by YCI’ tells the stories of survivors who are graduating from a six month training programme in hotels around the world, and are embarking on new careers and more promising futures. Siobhan O’Neill Read more. October 15 2015 – The government has pitched the idea of developing the organic village scheme in a move to strengthen local communities and farmers.

The scheme, organised through a partnership with the Organic Agriculture Association of Thailand, will launch in five provinces: Chiang Mai, Surin, Lampang, Phetchabun and Nakhon Pathom. PHUSADEE ARUNMAS Read more.

Women’s places: the fight for gender equality in tourism October 11 2015 – On the slopes of Mount Meru in northern Tanzania, Fatima Faraji welcomes guests to her 20-acre coffee plantation, where she harvests only the fullest cherry-red arabica berries. Hand-picked by a team of experienced women, the coffee is pulped and processed on site the same day. Hilary Tagg Read more.

Book a Trip to Vietnam, Quadruple a Family’s Income October 6 2015 – Ly Man May is busy plucking a chicken. In the pot it goes, boiled whole, bones intact. In 20 minutes lunch will be served: rice, vegetables, chicken, and of course, homemade rice wine.

For breakfast, however, May made pancakes to suit the Western palate. Esha Chhabra Read more.

The Many Faces of Sustainable Tourism – My Week in Bali October 05 2015 – Do you know the difference between ecotourism, sustainable travel, responsible travel and volunteer vacationing? While there is a lot of overlap with each of these terms, they all have one common theme – that is to improve lives through travel and tourism. Sucheta Rawal Read more.